111 Units of Blood Donated in Manali 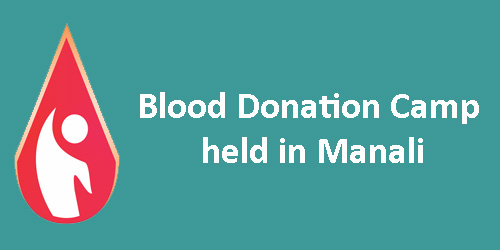 Devotees of the Sant Nirankari Mission donated 111 units of blood at a blood donation camp at Sant Nirankari Satsang Bhawan, Manali in Himachal Pradesh, on July 3, 2016. They included not only the local devotees but also those who had come from Punjab, Chandigarh and other places to spend their holidays in Manali. The enthusiasm of the devotees can be known from the fact that many of them could not donate their blood because the blood collecting team did not have the capacity.

Organised under the auspices of the Sant Nirankari Charitable Foundation, the camp was inaugurated by SDM Smt. Jyoti Rana. Speaking on the occasion she said that donation of blood is the noblest act if service to humanity because here you save lives. Shri Tej Singh Chaudhry, Zonal Incharge said that the Mission has been holding voluntary blood donation camps throughout the country from 1986 onwards. He also mentioned about other social welfare activities of the Mission.

The blood collecting team came from the local Civil Hospital. Shri Pratap Thakur Mukhi thanked the Chief Guest and other dignitaries as also the donors for making the camp a success.

111 Units Of Blood Donated In Manali