235 Units of Blood Donated in Samana in Punjab 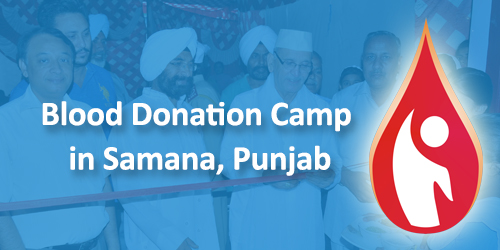 The blood collecting team led by Dr Deepika, Dr Punit and Dr Sukhwinder Singh came from Rajendra Hospital, Patiala. Speaking on the occasion, Dr Sukhwinder Singh said that Sant Nirankari Mission donates maximum blood which is used by the hospital to save the lives of critical patients including those suffering from cancer or injured in accidents. He thanked the Mission for this outstanding contribution towards this noble cause.