256 UNITS OF BLOOD DONATED IN BURDHAMAN 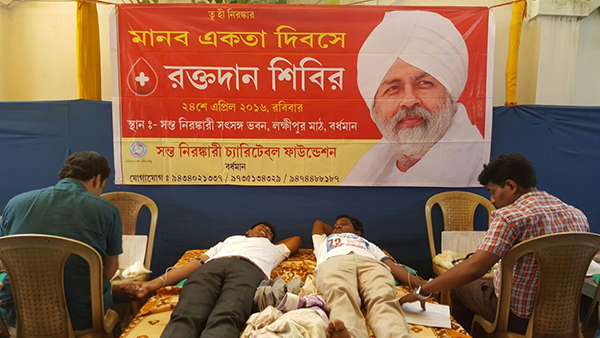 On April 24, 2016, a blood donation camp was organized at the Sant Nirankari Satsang Bhawan in Burdhaman, West Bengal, where 256 units of blood were donated by the devotees of the Sant Nirankari Mission and other volunteers from the community.

The blood collecting team came from the Burdhaman Medical College and Hospital. Although there were many more donors, the team could oblige only 256 of them.

The organizers had invited many business houses, clubs, schools and individuals of the town to participate in the camp. The result was that they did not only attend the event but many of them donated their blood also. Obviously, they were inspired by the spirit of selfless service of the devotees of the Mission.

256 UNITS OF BLOOD DONATED IN BURDHAMAN