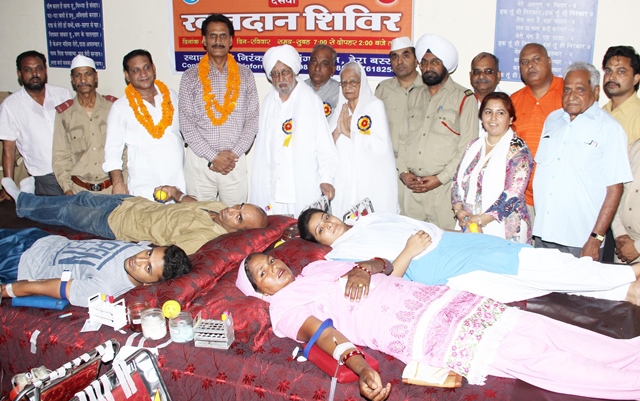 With the blessings of Satguru Mata Savinder Hardev Ji Maharaj, a blood donation camp was organized in Sant Nirankari Satsang Bhawan, Derabassi in Punjab, where 437 devotees of the Sant Nirankari Mission, including 38 women, donated their blood.

Organized under the auspices of the Sant Nirankari Charitable Foundation, the camp was inaugurated by Shri Shiv Kumar, SDM. He described blood donation as the noblest act of service to humanity that promoted unity in society and the country.

Speaking on the occasion, Dr. B.S. Cheema, Zonal Incharge Chandigarh said that devotees found the inspiration from Baba Hardev Singh Ji Maharaj who declared that blood should flow in veins and not in drains.