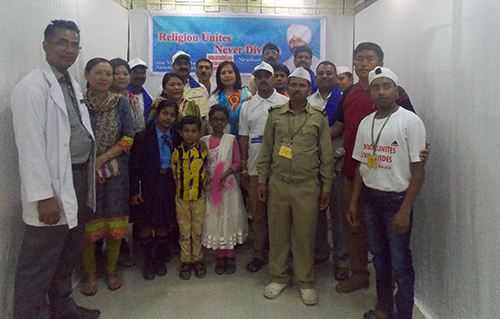 On April 29, 2016, the Namchi branch of the Sant Nirankari Mission in South Sikkim celebrated Manav Ekta Diwas and organized a blood donation camp where 70 units of blood were donated by the devotees. Their enthusiasm could be seen from the fact that more than 100 men and women had offered to donate their blood but the blood collecting team from the Namchi District Hospital could not oblige all of them for want of pouches etc.