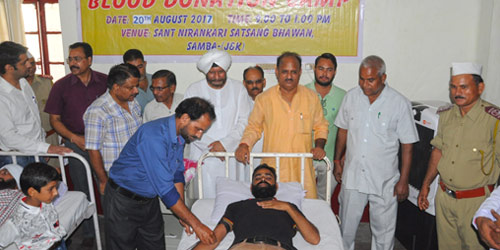 While Rev Ajit Singh Zonal Incharge highlighted the message of the Mission. Rev K.C. Bhagat, Sanyojak, Samba, thanked all the guests, volunteers of the Mission and Media persons for their support.

Earlier on August 19, a massive Bike Rally to create awareness on blood donation was held in Samba covering all major parts of the town.