BRAVING THE HEAVY RAINS 110 NIRANKARIS DONATE BLOOD AT SANPADA AND 214 AT DADAR. 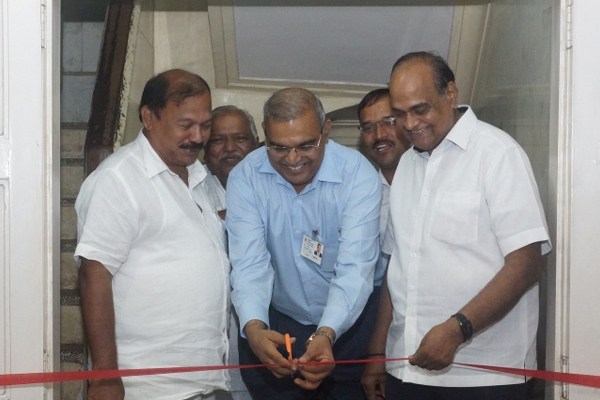 Braving the heavy rains, Nirankaris turned out in large numbers to donate blood in blood donation camp organized by Sant Nirankari Charitable Foundation at Nirankari Satsang Bhawan, Sanpada on Sunday, June 21, 2015 wherein 110 units of blood were collected. Similar camp was organized at Nirankari Bhawan, Dadar where 214 Nirankaris donated their blood. Notable is the enthusiasm of the Nirankaris and their commitment to the society that the total collection has crossed the 2000 mark in 9 camps in a span of just last two months in Mumbai, Navi Mumbai and Thane areas. The Blood Donation Drive is run by the Sant Nirankari Charitable Foundation across the country round the year. The blood bank of Navi Mumbai Municipal Corporation Hospital collected 110 units of blood in the camp at Sanpada. Shri Manohar Sawant, Sector Sanyojak of Sanpada to Airoli was present on the occasion. In Dadar the blood bank of KEMHospital collected 214 units of blood. This camp was inaugurated by Shri KalidasKolambkar, Ex MLA, while Shri Avinash Shupe, Dean of KEM Hospital and Shri Satbir Singh, Sector Sanyojak of Sant Nirankari Mandal also joined the ceremony. Smt. SnehalAmbekar, Mayour of Mumbai visited the camp. Dr. R.S.Yadav, Medical Incharge and Shri MarutiKasare, Coordinator of Social Welfare Department of the Mandal in Mumbai played a vital role in the organization of both of the camps. Local Nirankari Sewadalunits of the Mandal looked after the arrangements at both places.