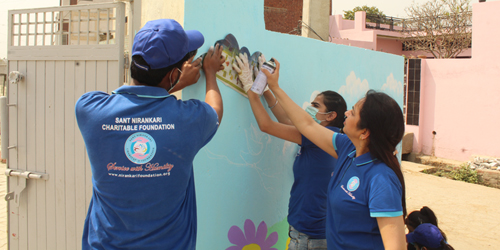 The volunteers gathered at 07:00 AM, which was followed by the prayer. At 08:00 AM, the sewa began with distribution of work of teams. Wherein, the young volunteers not only painted the fences but also gave a colourful outlook to the Gram Sachivalaya, Bhodwal Majri and Primary School, Bhodwal Majri. The villagers were awestruck by the efforts and creativity of the volunteers in making the walls so beautiful.

This was a very beautiful way of bringing change and most importantly adding colour to everyone’s life by the young enthusiastic volunteers. They not only created a happy environment for the inhabitants but also gave a new outlook to the place. 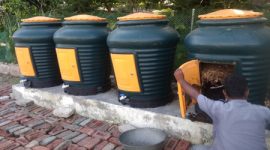 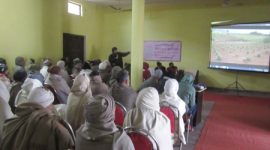 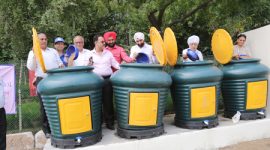 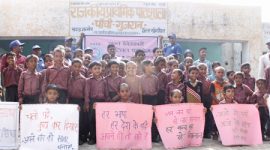