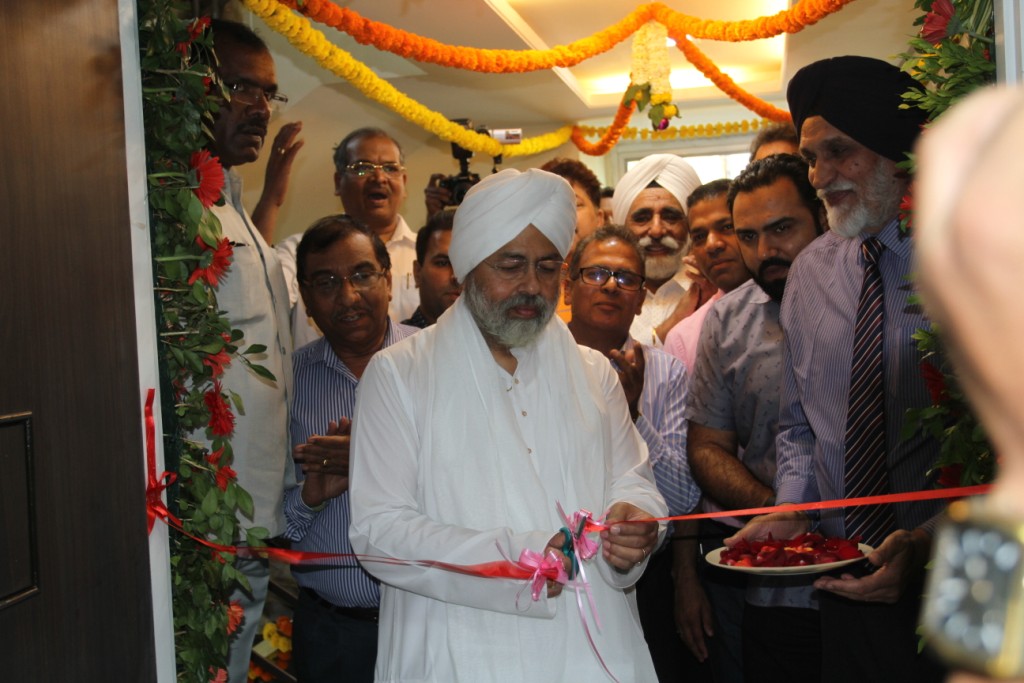 On January 26, 2016, when the nation was celebrating its 67th Republic Day, His Holiness Baba Hardev Singh Ji Maharaj, Head of the Sant Nirankari Mission, dedicated to the society the Mission’s First Blood Bank in the Sant Nirankari Satsang Bhawan, Vile Parle (E), Mumbai.
Speaking on the occasion, His Holiness described the Blood Bank as a landmark in the history of the Mission and a realisation of a long cherished dream of Baba Gurbachan Singh Ji. He said that it is being dedicated to the society so that maximum people can take the advantage. Baba Ji appreciated the tireless efforts of all those who worked for it. The need for a Mission’s own blood bank was felt since long.
In a separate message to the media teams covering the function, Baba Ji said that the Mission is already known for its significant contribution towards the donation of blood. There was a time when blood donation camps were organized at different places in the country in the month of April only. But in view of the encouraging response from devotees, these camps were staggered. Today, they are organized throughout the year.
Baba Ji said that Mumbai has been well-known not only for their overwhelming participation in blood donation camps but in other social welfare activities like cleanliness drive. Now that Mumbai has got the First Blood Bank of the Mission it is hoped that the devotees as well as others will come forward to donate their blood and contribute towards noble service.
The Sant Nirankari Mandal had purchased a 4 storey building for Satsang Bhawan. With the blessings of His Holiness, it was decided to establish Sant Nirankari Blood Bank in this building on 3rd floor. State Blood Transfusion Council, Maharashtra granted the NOC on 9th March 2015. Drawings for the Blood Bank were finalized by Rev Sukrita and Manu Nanda Ji, Architects of Chandigarh. The finalized drawings were accorded approval by the concerned authority on 13th April, 2015.
A Project Management-cum-Execution Team was formed for the execution of this prestigious Project under the Presidentship of Brig. P.S. Cheema (Retd.), Member Incharge, Medical Health and Social Welfare of Sant Nirankari Mandal with Rev J.P. Upadhyay, Sanyojak as the Project Coordinator and Dr. R.S. Yadav, Dr. Prakash Panchal, Rev Sandesh Susvirkar and Rev Maruti Kasare as Members. Dr. Hitesh Pagare was inducted into the team as Consultant. The team worked tirelessly and rendered their invaluable and commendable services of the establishment of the Blood Bank in a time bound manner.
‘Karya Shubharambh’ ceremony of the Project was organized at the venue on 25th July 2015. During the period from July, 2015 onwards the best of equipment selection and purchases were undertaken and the complete equipment was received and installed by December 2015. The staff was also recruited during December, 2015.
An application for grant of License was submitted to Joint Commissioner, Food and Drugs Administration, Mumbai on 30th December, 2015 and with the blessings of His Holiness the FDA license was granted on 20th January 2016 by the Drug Controller General of India.
The Blood Bank has a capacity of 500 units and is equipped with the latest world class equipments. License has been granted for Whole Human Blood I.P., Concentrated Human Red Blood Corpuscles IP, Platelet Concentrated I.P., Platelet Concentrate I.P., Cryoprecipitated Antihaemophilic Factor I.P., Fresh Frozen Plasma B.P., Single Donor Platelet Concentrate by Apheresis Method and Human Plasma for Fractionation IP.
With the start of this Blood Bank, Sant Nirankari Mission has taken a giant leap in providing noble services of blood provision to the society on 24×7 basis.