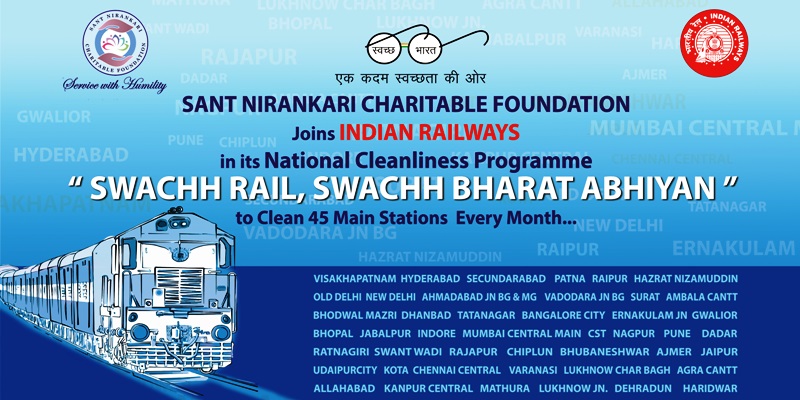 On a request from Shri Suresh Prabhu, the Hon’ble Minister for Railways addressed to His Holiness Baba Hardev Singh Ji Maharaj, the Sant Nirankari Charitable Foundation has adopted 45 main Railway Stations across the country for cleanliness.

In the meantime, the Foundation carried out a cleanliness drive at New Delhi Railway Station on September 19, 2015. The railway authorities were very much impressed by the overwhelming response by volunteers. They appreciated their quality of work and spirit of discipline and dedication.

As we all know, service to humanity has always been an important mode of expression of man’s devotion to God. Guided by the same spirit, the Sant Nirankari Charitable Foundation has been organizing blood donation camps and carrying out tree plantation and cleanliness drives in India and abroad for the past several years. And it’s a matter of great satisfaction indeed that the Foundation’s contribution has found universal acknowledgement and appreciation. This has also gone a long way to take the spiritual message of the Mission based on Truth, love, peace and tolerance forward. The present letter received by His Holiness from the Hon’ble Railway Minister also speaks of the same.