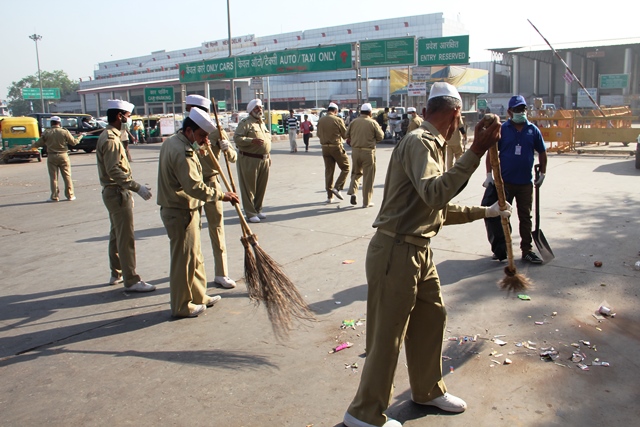 The Sant Nirankari Charitable Foundation carried out a cleanliness drive on 46 main Railway Stations of the country on April 9, 2016. Starting from October 2, 2015, the Foundation has been cleaning these stations once in every month and this was its 7th phase. The most remarkable feature of the campaign was that volunteers of the Foundation and members of the Sant Nirankari Sewadal came forward to carry out the campaign with the same ferver and spirit of devotion which they showed earlier. Reports indicate that the Railway Authorities were also appreciating this major contribution by the Foundation in the ‘Swachh Rail – Swachh Bharat Abhiyan’.

DELHI
In Delhi the drive was conducted at Delhi Main, New Delhi and Nizamuddin Railway Stations where more than 2000 volunteers participated. They cleaned all the platforms, foot over-bridges, poles and walls, drinking water points and the toilets.