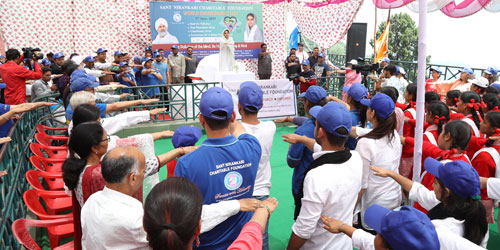 To mark the participation in the World Environment Day on June 5, 2019, the Sant Nirankari Charitable Foundation (SNCF) organized a wide spread tree plantation and cleanliness drive at 18 Hill Stations Pan India known for immense rush of tourists during summer. This day seeks to create awareness about the environmental crisis that the planet Earth is facing due to global warming. The United Nations are celebrating this World Environment Day with the theme of “Beat Air Pollution.” The whole world is coming together to combat air pollution. Thousands of the volunteers of the Foundation and residents of respective cities carried out Mega Cleanliness Drives and planted  saplings at Mussoorie, Rishikesh and Nainital in Uttarakhand; Shimla, Dharamshala and Manali in Himachal Pradesh; Mahabaleshwar, Panchagani, Panhala,  Khandala and Lonavala in Maharashtra; Mount Abu in Rajasthan; Darjeeling in West Bengal; Namchi in Sikkim; Yellagiri in Tamil Nadu and Nandi Hills in Karnataka.  Public awareness program through Nukkad Natak with a theme on “ Beat Air Pollution “ were demonstrated by volunteers and mass message was given through exhibition, speeches, songs and the cycle rally at various places. Various dignitaries from the government and local administration were present at various locations also appreciated the efforts of SNCF. 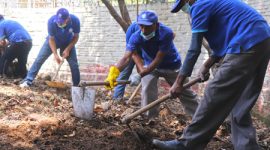