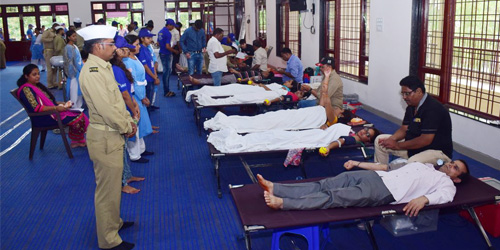 At the end Rev. Girdhari Matnani, Sanyojak thanked all the donors, guests and all present for their majestic presence and help.