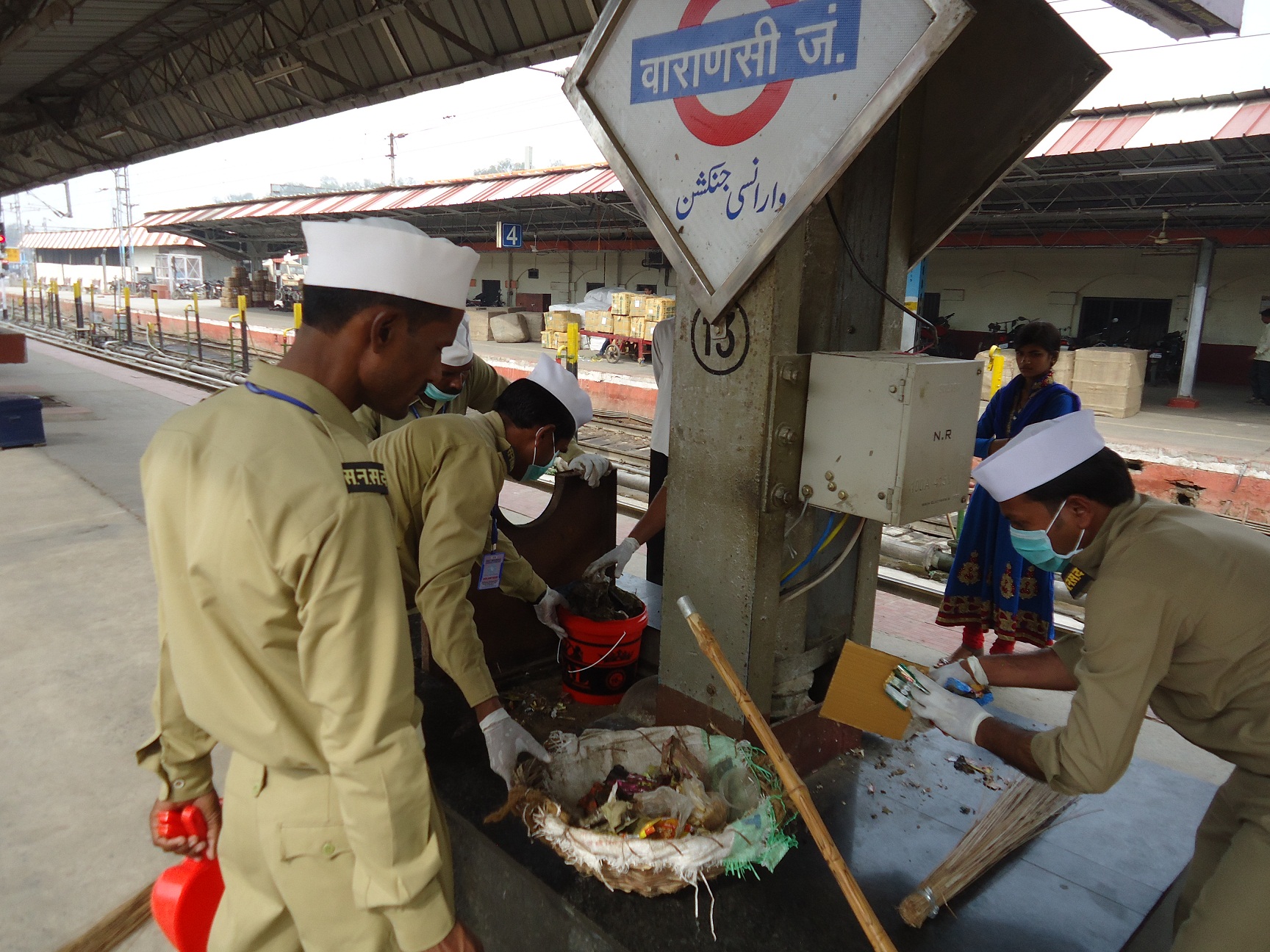 On March 12, 2016, the volunteers of Sant Nirankari Charitable Foundation and Sewadal carried out a cleanliness drive at the Varanasi Railway Station. More than 500 volunteers participated in the drive.
Led by Shri Gurnam Singh Sanchalak and other Sewadal Adhikaris, the volunteers assembled at 8:30 a.m., participated in the prayer and then spread out over the entire railway station premises in teams. They cleaned all the platforms, pillars and walls, foot-overs, enquiry hall, ticket counter and various offices located at the railway station. Several Railway Officers including Shri R. P. Chaturvedi, Additional Divisional Railway Manager and Shri A.K. Pandey, Railway Superintendent encouraged the volunteers.
First launched as a part of ‘Swachh Rail- Swachh Bharat Abhiyan’, the drive has been repeated once in every month, the present being its 6th phase. The influence of cleanliness drive on passengers was also seen widely.